Soaring to Greater Heights of Service and Sisterhood

Service and sisterhood have been the cornerstone of Alpha Kappa Alpha Sorority, Incorporated® since 1908. With the theme, Soaring to Greater Heights of Service and Sisterhood, the 2022-2026 administration seeks to build upon Alpha Kappa Alpha Sorority’s rich legacy of service by galvanizing our sisterhood of more than 120,000 active members to lead on the front lines of change, education, and advocacy.

This administration has six initiatives. Strengthen Our Sisterhood will serve as the administration’s “Foundation Initiative” as we strengthen our bonds to support our service mission.

The remaining five initiatives will serve as the “Program Initiatives” which include:

These initiatives are designed to improve the lives of those we serve. We will work collaboratively to maximize our outreach on progressive endeavors and consistently produce leaders who will advance our credo of service. 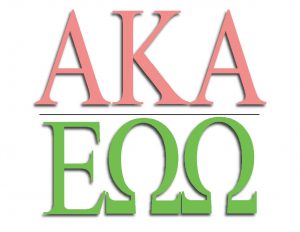 Epsilon Omega Omega Chapter has served the Middle Georgia community through a wide variety of initiatives, and programs since its chartering. These signature programs include: